Can you date a guy who earns less than you? 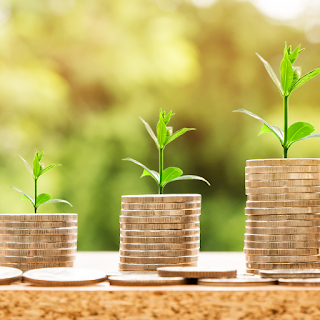 I'm not supposed to be writing about this in 2021, but since some of us are tied to our old ways, I might as well write about this. I started my Instagram page @Somewhat_Female to share female perspectives on stuff, and men are welcomed to share their thoughts.

Only recently, I finished watching a series on Netflix, The Bold Type. While the storyline was captivating, and I loved the girls' chemistry, one part of the series struck me. This guy called Alex had this amazing woman in his life. She was a Medical Doctor who was super into Alex, but Alex was insecure because she was financially stable and earned way more than he did.

In a society where it's okay for women to be in relationships and even get married with little or no source of income, it's taboo for a man to do the same. Society and society mean people around you believe that a man has to earn more than his woman to feel man enough; you can understand where Alex was coming from.

During my compulsory National Youth Service, I talked with a guy who told me that he would never allow his wife to out-earn him. He said if they get married and she earns more, he will make her quit her job and open a business for her. The fact that she might not want a business isn't the saddest part. The saddest part is this guy saying if the business he opens for her starts doing well and even doing better than him, he will burn her shop down. Really bro?

Many women date men who earn less than they earn; some women have argued that they can never date a man who makes more than them. If we're honest, we know most of our mums are the breadwinners in Nigeria, but they say nothing about it because society believes it's not the way it should be. So, they buy stuff and say it's their husband who bought it.

Since I decided to take posting on @Somewhat_Female seriously, I decided that I would take the opinion of others more seriously. I mean, I love my takes on various issues, especially controversial ones. However, it's not a bad idea to have a diverse opinion, especially on delicate topics like this. I spoke to 4 women and four men regarding this topic. I asked the women if they could date a man who earns less than they make, and for the men, I asked them if they could date a woman who makes more than them. Oh, I also changed some of their names for privacy.

Of course, I can date and even marry a lady that earns more than I make. All I ask for is love, trust, respect and understanding.

No, I can't. Cause a time would come when issues with spending money would come up, and instead of reasoning it out, he'd see it as because he earns less than I earn. I hardly ask guys for anything; I try to provide what I want for myself. So, a guy who earns less might see that as a problem. Me not asking for money or things might be because I feel sorry for him or make more money. He won't see it as my nature not to ask for stuff from guys whether I'm dating you or not.

We might have an argument that doesn't require him to bring the money up, and he brings it up. Saying I'm not listening because I have too much money, and it's entering my head. On his part, he might not want to buy me stuff or surprise me because he's trying to be economical. If you complain about it, he'd see you as extravagant, wanting him to live above his means, forgetting that you have the money to buy that thing, but you want him to do it for you. So, you can look back and say, "Ah, so so and so time, my boo bought me this." No abeg, he has to earn more. Except he's ready not to feel inferior about it or not see me as a spendthrift.

The point is to understand it because sometimes, as a lady, it may enter her head, and she might start giving you attitude because of that. She may begin to feel big sort, looking down on you and bringing it up in conversations. See, forget what we tell ladies, let me not lie to you, every man wants respect from his woman and a woman having more money than the man may affect this. It boils down to understanding.

If he has more skills and is working hard to earn more, why not? If I say no, I'll indirectly agree that husbands must earn more than wives, which is nonsense. I need to know that he is a smart, hard worker with whom I will join forces to make more money in the future.

The amount of money you earn doesn't matter to me because I am a man; I am solely responsible for you; I am the head. Before I start dating someone, I should be responsible enough to earn something that can cater for myself and the person. Your earning is a backup plan for me; and assistance for me. The main reason a woman was created is to act as a support system. I am the man, I have a source of income, and that's all that matters. So, how much my spouse will be earning is none of my business. I take care of all my responsibility and all of that.

It gives me a sense of pride to know that I have a woman who is earning more. This might be frightening to some men who lack confidence, but not my type. I have always been content with what I have, and it's what I have that makes me a man. As a man, you have yours, and you are responsible enough. Irrespective of how much a woman is earning, she is never a threat to you, provided you are a responsible man.

Just earns more? Of course, I can. One who is experiencing faster career growth than I am, but this won't be the criteria. Someone who rubs it off? Nahda!

Well, for me, I can, and I also can't; it depends on the circumstances. If he has a vision for his life and I see potential, then it's possible. The thing is, most guys that probably earn less tend to feel jealous of their partner or their ego being bruised. You might have to downplay your wins, so they don't feel insecure actively. In that case, it's a no.

Well, diverse opinions from 4 men and four women. So, what's it for you? Do you think a lady earning more should be a problem in a relationship? Are you team I don't care if my babe makes more than me or team I don't want my girlfriend/wife to earn more than me? Leave a comment below and follow us on Instagram @Somewhat_Female.