Welcome to a new dispensation everyone, this is @Somewhat_female. 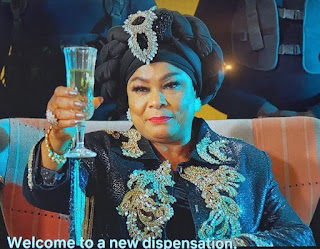 Hey guys, I’m constantly removing the cobweb from the blog, but it seems this blog and cobwebs are in a romantic relationship, and one thing I can never do is fight love. I can look at the loving relationship my blog has with cobwebs and find happiness.

I hope you guys have been well. I promised to post here more often, but I’m sure you guys already understand it’s easier for $ to fall back to 400 than for me to write here consistently. So, anytime you see me here, take it.

Last week, social media went crazy with this conversation. So, a lady on Twitter posted something asking why men shut their partners out when they are going through stuff.

Men gave their perspective, arguing that females will make it about themselves. Since most comments we’ve seen are from men and men like them, I decided to ask seven millennial women what they think about their partners shutting them out when they are going through stuff. Their replies differ, but it’s great that we should take a look at them.

If he tells me before shutting me out, that’s understandable. I won’t like it, but I can deal with that. Ghosting me without a word and trying to walk back into my life, no follow. I agree that we all have different ways of handling stuff, but it’s okay to put those you care about into consideration.

Wahala no dey finish, so do you intend ghosting me whenever you feel bad? If I’m dealing with stuff and I voice them out to you, I expect that you do the same. I think this is becoming a norm for men. If you feel I don’t get you, what are we doing?

You swallow your problem, and it reflects on how you treat your partner, and nobody wants to be treated that way.

I have a problem with people who justify this kind of behaviour. You don’t ghost me when you’re going through stuff and expect our relationship to be the same when you’re finally in the mood to talk; it doesn’t work that way. Even in friendships, if you shut me out without telling me about it, I don’t know how to feel about that.

And you know one thing about those who shut people out when they are going through stuff, they can’t take their own medicine. I once dated a guy three years ago who was fond of cutting communication when he’s going through stuff, and somehow, when I decided to do the same, he didn’t get it. I left him anyway, take that behaviour somewhere else because if you don’t feel you can tell me whatever it is, what are we doing?

Generally, I see it as an act of manipulation. If you don’t want to talk to your partner or friends when you’re having a difficult time, I wonder what the “ship” is about.

A problem shared is a problem half-solved. I don’t think people should shut their partners out when they are having issues. Even if they can’t help, at least they know that this is where you are at, and this is what you’re dealing with.

If my partner ghosts me because he’s going through stuff, I will feel bad about it. He’s supposed to be my partner in everything. If you don’t feel comfortable telling me stuff, maybe you don’t trust me to be there for you. You probably don’t see me beyond the romance of the relationship.

You don’t tell me you need space, you’re ignoring me, maybe we aren’t supposed to be in the relationship. Another reason might be you think it will weigh me down, but I still think you should let me know. “Hey babe, I’m going through this, I’m having a hard time right now, and I’m not ready to talk about it. Can you give me some time? I need to think it through myself, alone.” That’s very fine, but if you fail to do that and then you ghost me, I call you, you don’t pick my calls, you don’t reply to my text, I don’t think I want to continue with that because there’s no transparency.

If I have a partner and I’m not communicating, my partner should be worried. If we end up together in the future, this behaviour will be consistent, and nobody wants that. Talking to someone helps you see solutions because it opens up some streams of options that you might not have considered previously.

Another thing, someone said if he tells his partner, all she has to offer is sex and food. I feel there are many ways to make someone understand that they are not alone. If your partner has sex and food to offer, how is that wrong? And if you think all your partner is worth is sex and food, and you can’t tell her when you’re going through stuff; instead, you shut her out, why are you dating someone you feel doesn’t offer what you need?

It makes me feel terrible, sad and left out. I’m unable to focus on my activities for the day. I want to be there for you, but I don’t know how to.

How am I supposed to come in, and why are you in a relationship with me if you can’t tell me about the bad times? Am I supposed to be involved only when things are good? Men, especially Nigerian men, have to do better at communicating. I understand that society frowns at men speaking up, but it should never stop you from sharing. And to be honest, society doesn’t care.

I always think of how others will feel when I do stuff or say stuff; I learned this later in life. I have no problem with my partner shutting me out if he’s going through stuff. However, the problem lies when you shut me out or ghost me without telling me anything. I feel if you’re going through stuff and you’ve decided that you want some space, you’ll have to tell me. “Babe. I’m dealing with stuff right now, and I need some time to breathe.” I will leave you alone.

I have a problem with people who shut people out and then come back, expecting everything to be the way you left it before your ghosting adventure. Now that we’re talking about that, I don’t think shutting people out has ever proved to be the ideal way to deal with challenges. Whether or whether not society encouraged you to communicate, how long is this going to last? Because challenges are constant in life, and they aren’t going anywhere. So, the earlier you learn how to speak up, even if it’s not the right words, the better for you.

We are all raised differently, but I’m not going to refuse to work on my flaws because “that’s how I am.” If I’m willing to be a better person, which involves doing right by you and communicating, you should give me the same energy.

It’s frustrating, extremely frustrating. I don’t know how to deal with it. I can usually tell there is something wrong, but I don’t know what and how to come in, and it messes with me.

I think the major issue is understanding how to communicate. I’m not just a fine face; talk to me! Shutting me out is emotional torture. My boyfriend opened up when I told him he had to speak to me or walk away.

Asking these women questions and diving deeper made me understand where some of these women are coming from. I also know that the culture of men not speaking up is deeply rooted in patriarchy, where men are told to be “man enough” and not be seen as vulnerable. “Why are you behaving like a woman?” is a common question because society feels like you aren’t man enough if you show any sign of weakness.

Weakness, compassion, vulnerability, tears are attributes only women should have and feel; it shouldn’t be for men because God forbid men show any sign of weakness. I say, ditch the rules. It’s 2021 and if you feel teary, cry. If you feel overwhelmed, break down. If you are tired of being strong, be weak. Learn how to speak up, share what you’re going through; it doesn’t make you less of a man if you share what you’re going through with your partner.