"Oloture" Was Produced To Make You Uncomfortable (Review)

Oloture reminds me of the cold night on the streets of Janquet Masquet as I stood there terrified, holding my life in my hands. 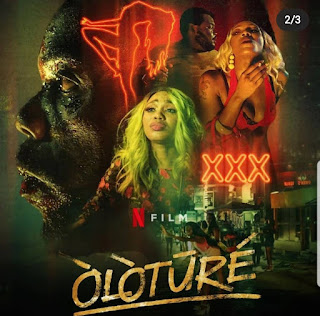 When I heard about a Nigerian movie that talked about human trafficking, I was excited. I knew I was going to watch it, but I didn’t have high expectations. You know, when Nollywood has broken your heart so many times with glamours trailers that do not live up to the actual movie, you’d learn to lower your expectations. I was going to see if the movie captured a little of what I experienced when I travelled to the Benin Republic to collaborate with a foundation that works with victims of trafficking last year.

It tells a convincing story of the plights of victims of human trafficking all over the world, especially in Nigeria. Oloture is a Nollywood masterpiece, one of the finest I’ve seen in Nollywood in a long time and it does a great job of allowing the characters to shine including Beverly Osu whose silent role was extremely loud.

As terrifying as the movie was, it told a story that had to be told, how a lot of young girls are deceived into searching for greener pastures in the city or abroad by family friends or relatives. Only they do not find any green pasture. Instead, what they find is a desert still drying up. You go to a new place to find gold and what you find is clay, melting Nsukka clay that leaves you sore and frustrated. This was explained in the character Linda played by Omowunmi Dada. She represented the plight of most victims of trafficking, of Bella, the one whose sad story drew my attention and made me pack my bags and risk my life to go to a country I have never been to before. Read here, here and here. 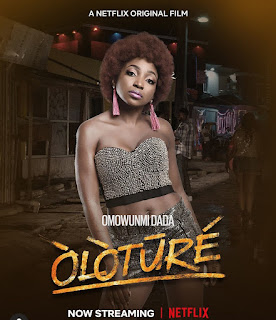 Omowumi’s character, the joy, the frustration, the anger, sadness, pain and even death is a summary of what these victims go through. Oh, they all die. Most of them die physically, and for others, their mind and spirit die never to be resurrected. She bodied the character so well, and I hope we get to see her in more movies. 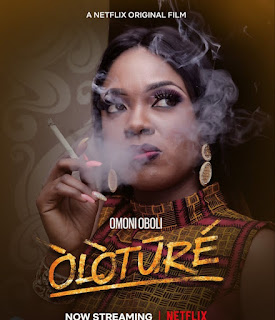 I’ve seen a lot of Omoni’s movies; I don’t think there is any movie Omoni produced or featured in that I’ve not watched. That’s how I stan that woman, but I stan her more now. She ate the role of Alero up in Oloture. Alero is an ex-prostitute who started her trafficking ring only she doesn’t do local parole, her own parole na international. She takes the girls to Europe to hustle better. With your $1200, you’d be given a new passport, taught how to have the “European” posture and catwalk, and if you do well, you will become a Forza specialie which means you won’t need to stand by the roadside hustling for customers, you’d be paired with important people. 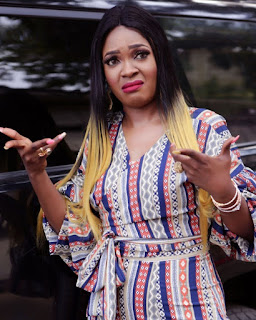 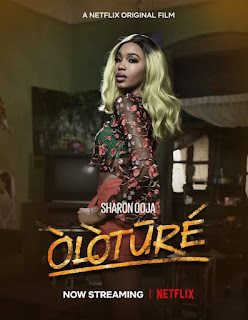 I loved Sharon Ooja in the movie because she got a chance to play something different from the Shalewa-Jasmine (beautiful and spoilt brat) roles that she usually plays. She was different; she was an ACTOR in Oloture proudly flaunting the fact that she is more than the stereotypical roles she is known for. We love to see it! She was naïve, silly and even in the teeth of danger, she refused to choose life. I felt sorry for her, sorry especially for the fact that she got raped by a famous politician which I feel is a relatable storyline too. I mean, you know most of your politicians, and you know what they do. 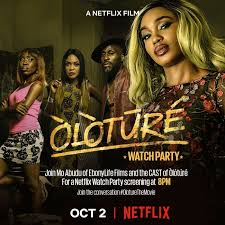 The casting director did justice to the script, casting the perfect actor for each role. I could not imagine another person who would have played the role of Alero better than Omoni or even Omowunmi Dada’s character Linda. Did you guys see Wofai? Her acting was thrilling. 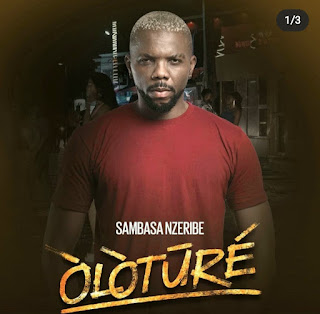 As a huge fan of Nollywood, Sambasa showed me once again that he is excellent at his job. Kemi Lala played the role of the helpless girlfriend of Chuks perfectly and Chuks? I am glad to see him transcend from “My name is Ikechukwu” to being an Ikechukwu that would keep us glued to our screen. Beverly Osu said no words, but that’s an Oscar-worthy silence, it was loud! Omawunmi, Blossom, Patrick Doyle, Bukola (Body of God) and every other character I cannot remember made the movie a sensation. Contrary to how most people feel about the ending, I feel the movie ended excellently because most of those who go on journeys like the one Ehi (Oloture) went for do not make it back alive. No, it’s not a romantic comedy; it is a thriller that hits home. Oloture was not produced to make you sleep well at night; it was created to make you uncomfortable, to highlight this societal menace so we can find a way to put an end to this evil that is going on in our society. 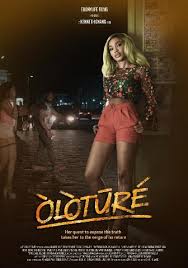 I’d give it 9.5/10, mainly because of the ending. It ended exactly how it should end so it can paint the vile picture it was meant to paint. So, maybe something would be done about these traffickers, but till then, go and watch Oloture on Netflix.