My Boyfriend Dumped Me After I Cheated And...

It was hard to date him. 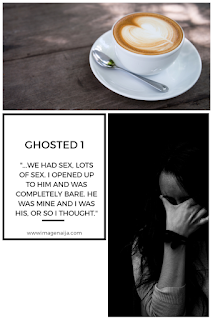 I guess I gave in because this guy asked me out for a long time. He was the first and only boyfriend I had in Uni. He would pester me and I didn’t like him at first but because he was always in my face begging me to give this a chance, I decided to oblige him.


I was in my first year and it was the first semester when I said yes to him and we dated till I was done studying. It was a series of complaints, issues, but what relationship doesn’t have issues? Show me, I’ll wait. I remember always coming to my friend let’s call her Ava. You know how it is when you report your boyfriend to your best friend and you both thrash him and swear on your great-grandfather’s grave that you are never going back to him again, but when you finally reconcile with your boyfriend and stroll back into his arms, your friend becomes the enemy of progress and the reconciliation topic trying to prove that friends will disappoint you? That was me! I would go cry in the arms of my friend and promise that the relationship was over. “I’m serious this time, I’m just going to focus on me and me alone. I’m just going to focus on me because I’m all that matters. I’m in love with myself and I’m not about to let anyone treat me this way anymore.” That was me with my boyfriend after every issue and why I still crawl into his arms after everything is beyond me. It’s probably my village people.


This emotionally-draining relationship went on for ages. I couldn’t leave him; it was like his name was tattooed on my forehead during birth. If that’s not the case, help me understand why breaking up with someone who you are always having issues with was impossible. Maybe, I was scared to leave him. He was my first real relationship and moving on from your first is difficult you know.


Fast forward to service after being in a relationship with one guy for 4 years and even ready to be a wife, we got posted to different states. My boyfriend was posted to Lagos (thank God for NYSC officials that help people get the states of their choice for a small fee) and I was posted to Abuja. It was the first time we were going to be apart for that long and I couldn’t wait for service to be over so I could get together with the love of my life again.


If only love stories happened this way. I met one guy at my PPA and things happened so fast. The attraction was more than chemical, it was an animal attraction. One thing led to the other, we had sex, lots of sex. Dude hit the right places and I was SATISFIED. Saddled with guilt and trying to be truthful in my relationship, I told my boyfriend about it. I opened up to him and I was completely bare, he was mine or so I thought. If I didn’t tell him, he wouldn’t have any idea, but Oga was not having it. He ghosted me after coming clean and I loved my boyfriend so much.


After service, I moved to Lagos and I was able to contact him with another number. He was surprisingly happy to hear from after ghosting me for over 4 months. I was happy to see the love of my life again and we had sex. It wasn’t as good as the PPA guy, but it made me miss old times when we were together and we agreed we were getting back together. After the sex, Oga ghosted me again. It’s been 6 months and I’m still blocked on all his social media platforms and my number is blocked too. If I call him with another number, he’d end the call once he heard my voice.


He should have told me he was done though. I would have moved on. Before you judge me, remember that he didn’t have to pretend we are good and back together just to have sex with me. We are adults and if he told me that he’s done, but he wants just sex, I would have said yes or no. He didn’t have to lie about it. I cheated, but I had the opportunity to hide it and I didn’t.

Hey guys, so I started a new series where heartbroken people or heartbreakers get to share their stories on my blog. I got quite a number of submissions from my contacts when I put it up, I got up to 15 submissions. Knowing that you guys are willing to be vulnerable with me is thrilling. If you have a true story about being ghosted, heartbroken or you ghosted or broke someone's heart, please send it to imagenaija@gmail.com.

Share your thoughts about the submission above in the comment section. Oh, it's a real story.
Labels: Ghosted