"I Grew Up Seeing Lagos As The London of Nigeria"

As an Easterner, I grew up seeing Lagos as the London of Nigeria. 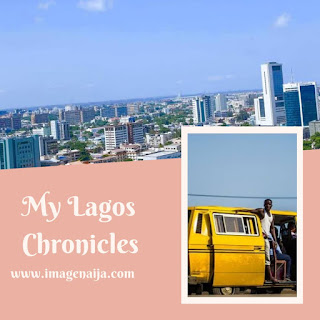 I respected those perceived "Rich" kids from Lagos all through my school years,  even till my first year in the University! Funny yeah?
http://www.imagenaija.com/2019/07/in-my-final-year-lagos-became-my-dream.html

I heard numerous stories of Lagos - A land with overflowing opportunities.  So, I told myself I was going to spend the rest of my life in Lagos whether my Pro-Eastern Parents liked it or Yes.
After school,  I got a job as an Intern at FCMB.  I was to work at one of their Branches in FESTAC. My dreams finally coming true.

Well,  shockingly,  my mum refused. Her reasons being that I'd go there and SPOIL!  All my pleas fell on deaf ears. Fortunately, there was an opening in Port Harcourt,  so I had to work there instead.

When it was time for NYSC,  I saw that as my only opportunity  to "jakpaa" from the East. I filled in for Bornu,  knowing fully well that I would be redeployed automatically if I was posted there. Luck was on my side,  as I got redeployed to Ogun State after the 3-weeks camp.   I could literally smell Lagos from my backyard. This seemed like a dream come true for me.

While serving,  My friends invited me to Lagos and honestly,  it wasn't like the Lagos I saw in the movies. This Lagos was overflowing with people instead of opportunity. Very crazy people! Yellow buses dragging everywhere. Noise filled the remaining spaces where humans couldn't occupy.

By now,  you'd think I got tired of Lagos? No! This was when I fell in love with wanting to be a Lagosian. I prayed to get a job in Lagos and that, I did.
But before then, My friend took me to Ozone Cinema.. That was actually my first 'real' time in a cinema. We went home late that night,  I think the 'late' was just in my world because the street was still bustling with people.

The other times I came to Lagos, Traffic romanced me!  I think Traffic should be a second name/nickname for Lagos. Like, I won't be exaggerating if I told people that I was travelling to 'Traffic'. I spent three(3) freaking hours in traffic! And I hear I didn't even stay long.

After NYSC, I got a job in Lagos. Most of you would be saying, "Awwww, such a lucky girl". I suffered! I thank God for the job oo!  In fact, the job was a miracle. But,  I saw my ears. All my efforts to get a place to stay proved abortive.  One week of calls and texts,  nothing come out... And I was to resume the next Monday.

The week flew past without mercy. Sunday came,  and I still hadn't gotten a place to stay. The few relatives I had in Lagos lives at Alaba, Ojo and Abule Egba,  while my office is at Gbagada. Finally,  I had to settle for Ojo, so I packed up and left for Lagos that Sunday evening. Got to my cousin's house after 3hours on the road, it felt like nothing.  I came to make money and people have to struggle to make money. Haha!

The next day, I set out to my office. I left home before 6am. I won't forget the passengers who laughed at me for pronouncing ''Gbagada'' with my proud Igbo tongue, making it look like I committed a huge blunder. Even the Driver wasn't left out in the roast. But,  that's their headache.

I got to the office by past 8! Now,  that's not funny. Most Lagosians actually travel to work without even knowing it. Like, that's the time difference between Onitsha and Enugu!

While at work, I got a call from family, saying I couldn't stay with my Cousin at Ojo anymore. My only option was to move my stuffs to Abule Egba which was a really farther distance from my office. I had to complain to my colleague,  who advised me to complain to the HR manager. The HR manager allowed me stay at the office bunk during the weekdays while I spend the Weekends at my Uncle's, pending when I get a house.

The next day,  I moved my things to Abule Egba and brought few clothes to the office. So basically, I've only been to my Uncle's house twice since I started working here. I prefer staying at the office, because I hate having to jump buses and argue with Drivers and conductors for my balance driving me past my Bus Stop.

I'm happy being an office mouse. I have my freedom and I don't get to worry about lateness to work, especially on rainy days. I just hope they don't find out I now have a travel bag, a backpack and a sack bag in the office. Hehehehehe!

The story above doesn't belong to me as I grew up in Lagos. If you have a story that you want to share with us as regards living in Lagos, send an email to imagenaija@gmail.com and I will get back you immedately.
Labels: My Lagos chronicles