"In My Final Year, Lagos Became My Dream City" 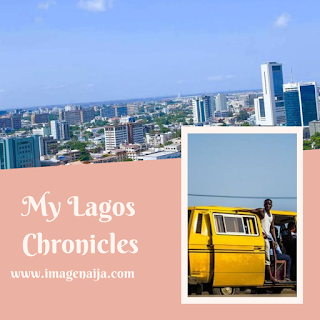 Lagos is known to all as the “land of opportunities,” and with all the crisis in Port Harcourt where I grew up, most firms were moving to Lagos. The National Youth Service Programme was my opportunity to move to Lagos, and I was determined never to let this great opportunity of moving to the land flowing with “milk and honey” pass me by. When my call up later came up, it was written Benue state. Honestly, I was sad, but all hope wasn’t lost. After spending three weeks at the orientation camp, I got reposted to Lagos.

On the 16th of May 2018, I packed my luggage comprising of one suitcase and one big Ghana-must-go bag and joined God is Good Motors to Lagos. Before then, I had visited Lagos twice. The relative I was going to live with resided at Victoria Island, you can imagine the joy in my heart as Victoria Island is a lit place in Lagos.

When I arrived in Lagos, after settling down briefly, I started my Place of Primary Assignment (PPA) hunt. Well, I got rejected, and after almost four weeks of blessing the lives of the Uber and Taxify drivers with my money, I finally found a PPA in Lekki, Lagos. In that job, I was living my best life honestly. I would wake up by 7 am as my job was fifteen minutes away from home. My job was fantastic, everyone was friendly and kind. My boss was not left out as he was cute. We had Friday chills, Wednesday movies, and office pizza; we also partied occasionally. The only stress was the Community Development Service (CDS) because of my Local Government Inspector (LGI ). I could handle him; I had a great job, accommodation close to my place of work; I was living the dream of most Lagos corps members. You would think this fairytale would last for a long time, right? You are wrong.

My real Lagos experience started in July. My aunt, who I lived with, relocated to Canada, and my heart was broken. So, I moved to Gbagada to live with other relatives. My first Monday at Gbagada, I woke up by 4:30 as advised by my uncle. I got the bus stop by 5:30 am, but it felt like 8 am as there were already hundreds of people at the bus stop running after vehicles. The Port Harcourt pride in me wouldn’t let me do that.  So, to cut a long story short I missed work that day and called in sick. I started coming to the bus stop by 5 am, but the downside is that I’ll get to work too early. In Lagos, it is either you are too early or too late, especially when you live on the Mainland.

Getting a bus home was also another case as I would wait at the bus stop for hours before the crowd eventually reduces. I eventually shifted my closing time to 6:30 pm for my sanity. The Nice side is that you get to go to work in different rides ranging from G-wagon to Camry as individuals use their cars for a taxi. Don’t even get me started on the day I stood in a BRT park for 3hrs and still got a query at work.

Was serving in Lagos worth it? Absolutely! You get to meet a lot of people without the entitlement mindset most Nigerians have. The stress only builds you and makes you learn how to survive. The popular markets in Lagos have a lot of commodities; the food scenes are A+. There are a lot of so many cool spots, and you can be whoever you want to be. I’ve made a lot of connections; my way of thinking is different. The truth is, Lagos is a land of opportunities, but whatever wealth you accumulate in Lagos. The city takes it back.

I currently live in Akwaibom. It’s a lot quieter, but then I get off work early, transportation isn’t inflated, and my wèrè (crazy) mode is currently dormant as I don’t have to curse every conductor in the bus. I don’t experience traffic, and the motorcycles here have umbrellas that protect you when it rains.

This story was sent in by Akuchukwu. If you have a story as regards living in Lagos or moving to Lagos, please send an email to imagenaija@gmail.com.
Labels: danfo chronicles lagos living My Lagos chronicles NYSC diaries