"Why Is She Speaking Up Now?" I have read with regards to Busola Dakolo’s rape case makes me sick; I am sad that I was born and raised in a country with a lot of people delusional. Initially, I was going to rant on my stories, but I decided to write this here because it is my space, and I decide what I want to put out. 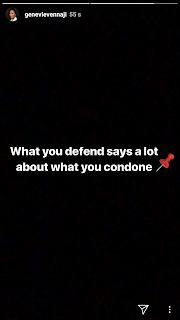 I think it’s appalling that a public figure who has a family and three kids will come out to talk about her struggles and people are asking questions like what was she wearing? Why didn’t she speak up since? What is her intention? Is it only females that have been raped? I have unfriended, unfollowed and blocked quite several people and I have been told not to unfriend people because they have a different opinion from me. Well, I am the President of my space, and I decide what I want to see, I select the people I want to be friends with, I choose the kind of comments I want to see on my post. So, telling me not to unfollow people because they feel that a victim of rape coming out to talk about a traumatic incident is thrash is an opinion, I would not listen to. 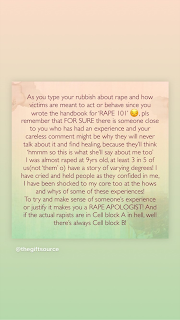 Ask around, ask your sisters too. A considerable number of ladies and even men have been abused. The fact that they are not saying anything doesn’t mean it never happened. When a victim of a rape decides that it is time to come out and talk about his/her experience doesn’t matter. You guys don’t even know how hard it is to speak up.

When I visited the Benin Republic, I met a victim of rape. I will attach the link somewhere. She was gang-raped and infected with HIV. Even if she is trying to get her life together, you will still see that the incident traumatized her. I don’t also want to open up Bella’s story and the kind of problems she has faced in her life because of abuse and human trafficking 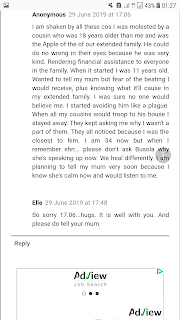 Why is she speaking up now?
This is not the first, the second or third time the Pastor has been accused. She decided to speak up now because she wants to talk about it now. Now is the right time for her, and I do not see how when a victim decides to speak up should make you forget that we are talking about rape here. Bill Cosby and R. Kelly raped people long ago, and when their victims finally got the courage to speak, justice was served. 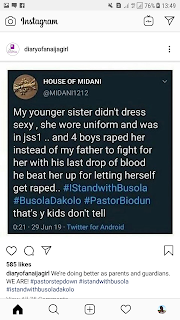 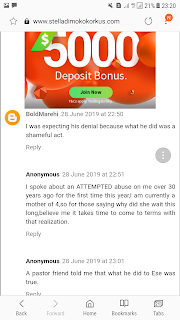 Why did she keep on attending the church after the incident?
Ask yourselves why children raped by their fathers, uncles, or even other family members still stay at home. Ask yourself why they still probably serve their father food and live with their father even though he abused them at a tender age. Oh, ask yourself why when you report a rape case to a parent of yours and your parents maybe blame you for it. You continue living in the same house with your parents who could not help you fight your battles rather they ask you why you seduced whoever it is that raped you or why you want to tarnish your family image with your claims. She came from a polygamous family, and she clearly stated that she didn’t want to have a family like her family. 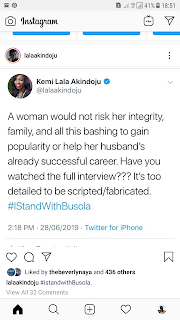 What is her intention?
If you think she intends to be popular on social media, you should unfriend me now. She is a public figure, and she has a voice. If you don’t know what having a voice means, go and read up how Adanna David was able to school a stubborn racist who put up a disturbing post about Africa on Instagram with her live video because she has a voice. So, Busola has a voice, and she decided to tell her story. Do you know how many of us are not even that bold? We walk with so much burden in our heart, and when we see our abuser, we can’t even say anything to the abuser or anybody because we live in a society where the victim of rape is blamed and shamed. Why were you dressed in that attire? Go abroad and rape all the women on the streets wearing bum shorts to walk about since you do not want to admit that you have no self-control.

There are a lot of people willing to have sex, find them, and have sex with them.  When someone is not interested or says no, I’m sure understanding the English Language is not part of your problems in life, no means no. Do not drug someone to rape the person; that someone visited you does not mean he/she is there to be abused. You might as well inform the person that you are a rapist. 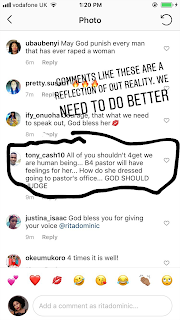 If you have kids or siblings and you come out to talk trash about rape, when they have an experience like that, do not expect them to speak to you. I mean, if you can say that about someone else, how much more your own family? You might even be part of the ‘why do you want to tarnish our family’s image’ bandwagon. If you have kids or siblings, do not be a monster to them. Make them comfortable around you and make sure you have a good relationship with them so they can tell you things.

I want to go on and on, but I will stop here. For all of you calling her dumb, I am sure you were not even smart when you were sixteen. I will rest my case here, but since I do not want to surround myself with negativity and bad energy as I have mentioned earlier, you should stay away from me. For all the “guys get raped, too, but they do not talk about it.” Nobody is holding you. By every means, talk about it if you are ready to talk about it. Rape is not a gender thing; if you think it is time to open up, please do.

What are your thoughts guys?
Labels: Busola Dakolo Rape in Nigeria Say no to rape