"I became holy and I made promises to God that if  the result is negative, I will never have sex again..." 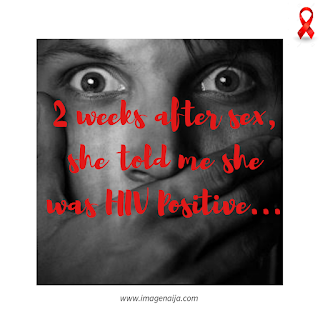 She was from Akwaibom ( those of you always on my matter why I don't like Akwaibom girls). Lolz.


Okay, we spoke and shared the same language. For starters, I felt like I knew her for many years.


She was chubby; she looked healthy and innocent; she was neat too. I mean this kind of girl (in my mind) can't be infected. We were friends, many boys in the street were after her, I felt lucky to have the opportunity to watch her change her dress (naked) in front of me; I thought I won a jackpot.


She was friendly, a kind of girl you'll like to have as a girlfriend. We discussed lots of dirty things and laughed hard over it, little did I know these were all calls, strategy creating mental imageries as she would say, "*** I love seeing you bare bodied cause of your flat tummy."


Yes, she succeeded. All we both wanted was just a night together, but the opportunity never gave itself. I mean we would fantasize about the nonsense and laugh about it.

Oh poor me! We just got our wish granted.

She decided to spend the night in my room as she misplaced her keys in school earlier that day, and my roommate had gone for night classes, leaving me and her alone at home. Was her key lost? I had no idea.  At least she claimed so.


After seeing episodes of the seasonal movies Spartacus, It was evident that night, was It. I slept off, and she did as well next close to me.

The last thing  I remember saying was  "I no get Condom for his house." Her response was "don't worry; I don't like condoms either."


Before I could complete the word wait, I was gone, yes far beyond.


The next morning, I woke up looking stupid and feeling guilty. I mean I didn't think the outcome of all the fantasies was only going to leave me liable. However, then again, what had happened had happened! I swept the guilt off and moved on. We both agreed we shouldn't let anyone know about that.


Two weeks later, she came and asked me smilingly,  "***, when last did you check your HIV status?" I told her eight months ago. She said "Okay, I have news for you. I didn't want you to turn me down or stigmatize me. I'm HIV positive. At first, I laughed. I mean it rare for such a beautiful girl to proclaim HIV for herself, but it got serious. When she noticed I was beginning to frown, she said: "Oh come on ***. Someone cannot play with you again?"  I allowed it slide.


Three days later, she came back with the same story; this time, she sounded intense. I thought within myself why would UT be, so I interested in my status.  I called her aside for us to go on a walk, which she agreed.


This is where she told me the whole story of how she was raped, deflowered and infected while she was followed by her friend to THE GAMBIA to see her Fiancée.


I was mad, super angry; I mean anyone in my shoes will be.  "So UT, you knew about this, and you kept quiet, you don't like condoms?" I died and resurrected that evening.


The only mental image I could create was myself being HIV positive, to the extent I dreamt it as well...  To be truthful, I became Holy, made promises to God to save me this once, I will not have sex again while I prepared to get tested.

To be continued next week. In case you didn't get to read our post last week, click here. 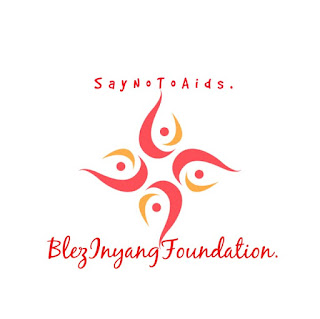 Blez Inyang, the Convener and Peer Educator of BlezInyang Foundation. He is a Nigerian and he lives Cotonou, Benin Republic. The story is in no way fiction. His foundation creates awareness for HIV/ AIDS. He is an advocate for gender, HIV/AIDS and human trafficking.