"Is this what you will be doing when we get married?"

I met him years back through a mutual friend. I was 21 at the time.

His name is Chris. Tall, fair, clean and good looking. I went to hangout with my friend and her man friend and I saw him when we got there. He seemed interested in me, it was quite obvious. He smelt nice 😁 and I l love me some good smelling brothers. We started talking and I was impressed because he was able to express his thoughts well and in good English too. 😁

We exchanged numbers later on but expressed his "disappointments" on the fact that I don't stay in Port Harcourt (I was on a visit to my friend's) but he promised to keep in touch.

He called always, I was happy. He told me things I wanted to hear, I was happy. He comes to take me out when he felt I should be bored, and of course I was happy. After a while, he asked me to be his girlfriend and you could guess what my answer was.

Before I left Port Harcourt after a month or so, he asked to meet me in a hotel. I was actually expecting the invitation but I didn't think it'd be in a hotel so I declined. He kept begging to see me to _have a good time_ with me before I left. I liked him already, I didn't mind whatever he wanted to have with me but why not in his house? I stood my ground and I don't know how he felt, he didn't express that when he came to drop me off at the park. He went down, got my ticket (to a sienna, not my usual 15 sitter bus 😖) and before he left, uncle gave me #150k 😱😳😨. I am being very detailed for a reason. You cannot put sugar in someone's mouth and they spit it out except the person is diabetic 😏

I am not from a well to do home and it is not everyday that one gets to meet a generous 'boyfriend'.

My ex was super super generous, he was never married, still isn't but someone I called a friend poured sand inside my garri so, you'd know how I felt. I thought Chris was my consolation. I honestly started feeling I overreacted about the hotel thing but I didn't voice it out.

I went back to UNEC, communication was stronger but sometimes, I felt uncomfortable about some things. When I call in the evenings, at nights or early in the mornings, it's either he doesn't pick up or his phones are switched off. I asked and he kept saying that he doesn't like taking calls at night or he prays in the mornings or say something that should make me not so nervous.

After like 3 months into the relationship, he started visiting me in Enugu, I didn't have a choice but to lodge with him, I was staying in the hostel then.

Anytime he wanted to travel to anywhere in Nigeria, he'd ask me to come and if I felt I was free, I'd go. This continued for over a year and I complained and nagged him about not visiting him in PH in his house.

So, after much pressure, he just woke up one morning and told me that I would come visiting the next day. I told him to wait till weekend and he said he wouldn't be around. I just had to go and know my 'boyfriend's' house.

I got there, the house looked like it has the touch of a woman in it and I asked, he said he told me that his mum stays in his house.

There were different dishes in the fridge so, there was no need for me to cook because 'mummy' did all the cooking before she left.🤣 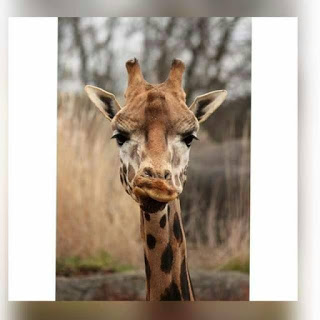 He called 'mummy' and I spoke to her, till tomorrow, I am still wondering who it was I spoke to.

That was how I started visiting. And in one of the visits, I stayed for over 2weeks. When I do something he doesn't like he'd be like, "is this what you'd be doing _WHEN WE GET MARRIED?_" 😌😌 Meaning, I have come to stay 😁.

Then the private flashes started
and then Private calls and the person at the other side won't say a word.
Sometimes, I'd pick and hear, _"husband snatcher, leave my husband and find yours!"_

I bluffed it because I was sure I wasn't snatching anyone. I asked him if there's someone I should know of, he said none at all, that it might not be about him. The calls kept coming.

All my friends knew him; nobody believed that the husband is him. I begged him to tell me the truth, he kept saying that I am the one he is getting married to and not anyone else.

He kept showering me with gifts, being everything he had always been to me and more and I couldn't see past that until...One of the days we saw, I quickly went through his phones and got myself 3 phone numbers of interest.  They caught my attention not because they had endearing names but because of the messages they exchanged.

I memorized the 3 numbers, and later saved them on my phone. It turned out that the 'Adaudo' as the name was saved is pregnant and sharing her feelings with him.

My private number caller forgot herself and gave me a quick flash without hiding her identity and the number I stole appeared and after the flash, my private caller regained sense and hid her identity but I already had my proof. I called her immediately and she was asking who I am. I told her that I should be the one asking because she had tormented me enough.

She kept claiming ignorant of what I was saying so I let her be. The day I had an accident, I was going home and he was confused. He told me that he would have come to see me if not that his wife put to bed 😄😅😂🤣🤣🤣 I laughed so hard with all the injuries everywhere on my body.
I asked what he said, he said nothing again.

I ran mad on my sick bed. He managed to convince me that he wasn't the one that said that
After 6months, he visited to tell me that he is married now to a girl that got pregnant for him and that I should move on.

He wasn't able to convince me anymore that he wasn't already married before then. He was married. He didn't want me to feel bad. I had to call his wife and she gave me the history.

They were married traditionally. She said she wanted to learn one or two things from me that made her husband keep the pursue on me. 🤣

This story cracked me up. The extent some people go to hide their marriage is alarming. I was friends with a married man one time, but when I was warned by his wife, I cut contact with him completely; I don't even greet him when I see him. I have also been asked out by married men that I never actually knew were married. Don't even try to argue, it happens. I will send in my story when I have exhausted the over 20 stories of others I have and I will mention that it is a personal experience.  I will also do a post on how to know that the dude is married soon. Experience they say is the best teacher.

If you have a story that you want to share, send it to imagenaija@gmail.com. It doesn't have to be about this topic, it can be about anything at all and if your story is interesting enough, I might just give you a column. How cool is that? My cousin talked about having a section for Domestic Violence. I asked her to come up with something, let's see.

Meanwhile, this segment will come your way again next week Sunday. I honestly can't wait to share the next story with you guys. Thanks for all that you do for my blog and all the visits. Since I renewed my domain name, the blog has been doing quite well. I am starting off my week on a very good note, I am attending my first wedding of 2019 today. I am so excited. Have a fabulous week ahead.

Photocredit: stockadobe.com/images
Labels: I Never Knew He Was Married Relationships