Crazy Rich Asians has to be the best movie I’ve seen this year. 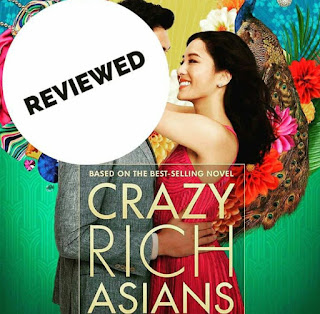 I totally enjoyed Omoni Oboli’s Moms at War, but this one is different and I heard there is a novel. I’m completely going to the ends of the earth (You know this means Lagos) to find that novel and I’m going to consume it.

Hey guys, how have you been? It’s really been a long while. Like, I didn’t update anything on my birth month and a lot of people have been asking me what’s up with the blog. I mean Gift Wogu abandoned her personal blog for this one and according to her, she paid for the domain name and she has been lazying about. Meanwhile Chisimdi is someone on the streets of Whatsapp disturbing my peace.

My friend Amara and I went to Ozone last week Tuesday with a very good friend of mine whose name I’ll skip. Whenever I visit the cinema, I always select the movie except I go with my cousin. That Tuesday evening, I had 2 movies on my mind. I checked Cinemapointer and Crazy Rich Asians and From Lagos with Love were the only movies that I felt I really needed to watch.  Well, let’s just say that they didn’t get horrible reviews from Cinemapointer. We decided to see Crazy Rich Asians or let’s say I decided.

Amara and I sat down and started to consume our popcorn slowly as the movie ran for 2 hours and we wanted to have our popcorn incase the movie disappoints us. You know food never disappoints. People of the world, I was just shouting ‘hey’ up and down. The movie is a beautiful movie that totally projects its title. We saw the crazy in the rich Asians. When we talking about rich, we are not talking about the kind of rich you know. This rich is from another planet. The characters have more than 30 billion in their account. Wait, have you ever heard of a bridal shower with a shopping spree? Like baby girl, pick whatever you want. The mansions in the movie nko? Plus you get to see Singapore in another light and definitely add it to the list of relaxation spots in the world.  It is a totally delighful movie that will sweep you off your feet and two hours and will still make you open your mouth to utter ‘wow!’ countless times. 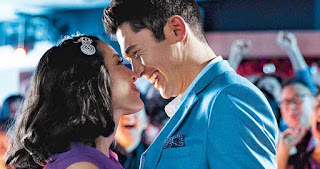 The movie has a very large Asian cast, but the main characters Nick Young and Rachael Chu stands out. Nick and Rachael are young lovers who live in New York. Rachael and Nick are Professors in one of the universities in New York. Nick’s best friend is about to get married in Singapore and he invites Rachael to the wedding. Rachael is happy to go as most of Nick’s family are in Singapore, but there is something she doesn’t know. Nick’s family owns almost the whole of Singapore and they do not want the heir of that wealth to be with a commoner like Rachael whose family name is not known. She starts to find out when they ushered into their private suite in the flight to Singapore. Like, she never saw the whole drama coming.

During the course of the movie, you will be introduced to the hilarious queen of all the drama queens who has dresses for every event in her car. Did I forget that she even has a walk of shame dress?

If you love fantasy and you are excited when it comes to luxury living, the movie is for you. If you are a hopeless romantic, a fun lover or you are obsessed with glamour, this is the go-to movie because it’s got a terrific cast, exquisite locations and a mind-blowing story line that will make you feel good.

According to Vox.com, it is a dazzling, sumptuous success. I’ll give it 88%.  You should see the movie when next you visit the cinema. I pray I don’t go to the cinema to see the movie again. That aside, I’m waiting for How To Get Away With Murder season 5. What’s the best movie you’ve seen this year?