"The last time my dad paid my school fees was in JSS2..." 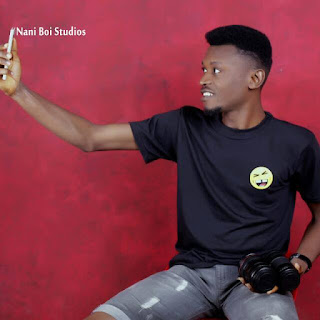 Hi guys, happy new week. Today is Monday and Mondays are for Under 30 Entrepreneurs segment. We had the opportunity to interview CBN. CBN has worked with a brands like Nickelodeon and Africa Magic. He opened up to us and we hope his story inspires you as it inspires us.

Tell us about yourself
The Anambra born young Media Entrepreneur, Chukwu Bright Nedum hails from Nkerefi, Nkanu-east LGA of Enugu state. A graduate of Theatre and Film Studies, UNN. An award-winning Entrepreneur.
In my university days I was fondly called Most Enterprising which emanated from the fact that I have received numerous awards within and outside my school as The Most Enterprising.
Out of nothing but through, hardwork, perseverance and the grace of God I established Team-Brytography) the most vibrant team in the University of Nigeria, Nsukka.
I was among the team of south Africans and London cinematographers that shot Nickfest 2017 in Lagos. I have worked for media firms like UdaogeneTv (African Magic Igbo), Wavelength Int’l, Montrox Media, Lenix Tv, Cartoon Network, Nickelodeon, Naniboi Studios. I am the CEO of Brytography Tv (btv.ng) and over time we have created some viral videos and documentaries.
My company and myself have received numerous merit awards and recognitions from different bodies.
And we've mentored and tutored over 25 youths on entrepreneurship, entertainment and film making.  Mr CBN is a brand every UNN students respect till date.

How did you delve into filmmaking?
Initially I wanted to read Law. I was already doing an internship with one Barr Victor Eze in Awka. Then I had this senior friend Uchenna Agbo. He was a final year student of Theatre Arts Unizik. After attending one of his  seminars at his Production House at Ifite Awka where he talked about Passion and Purpose. There I convinced myself that Law was only a Passion, that I was Purposed to be an entertainer. Already, prior to that seminar I had already acquired special skills in filmmaking. I was into  Photography and video coverage, just as a means of survival, not really out of passion. So, from then on ward I started tilting towards film making. I developed strong Passion for it. I tendered a resignation letter to the Law firm the following day. Started planning on writing jamb. I was leading a very strong Drama Group then in my local church in Awka, Winners Chapel . My pastor having seen my enthusiasm in Cameras and Drama told me that that is my calling. I didn't even know that there was a course called Theatre and Film Studies. And I didn't just want to read Theatre Arts. I felt it was too minor. So, I later wrote a jamb. I put Mass Communication and I found myself in Theatre and Film Studies, UNN. When I told my mentor and Pastor about it, he told me that's where I belong. In my Awka church then everybody that knew me, knew me for two things. It's either they know me for my Drama or Camera. And my admission letter read Theatre (Drama) and Film (Camera) Studies. That was it.

Most Parents won't allow their kids study Theatre and Film Studies. How did your Parents react when you told them about your passion for film?
Well, I was self-sponsored. The last time my dad paid my school fees was my JSS 2. So, i was actually at liberty to choose any profession. Although till date my Dad still feels I studied law, haha.

What is Brytography TV all about?
Brytography Tv is a Media firm. It's three fold. Film making, Media services/consultancy and entertainment. Although, the Company is already making small small money but to me I still feel that Brytography Tv is still an idea. We've not started.

Your brands have won awards. What are you doing differently?
We have the skill. I mean the technical know - how backed up by knowledge, certificate if you like. It's good to have skill but it's better when it is refined by education.
Another thing is I personally believe in the power of synergy. Brytography Tv is in Affiliation with some other bigger media firms like, Lenix Tv, Femdography, Naniboi Studios. That's why it always seems so easy and different. Most people around here believe they can always do it alone.

What drives you?
The passion to write our names in sands of time. You know film makers don't die. Till tomorrow Sam Loco Efe 's films still shows on African magic. My drive is to create something that will outlive me

Is there hope for young people who want to delve into the film industry?
Sure. Although, i won't tell you it's gon be easy. No. But, all you need is a will. A strong will, for where this a will, there will always be a way. You just have to be tactical about that.

Who's your kind of woman?
Omg, hahaha. Well, business minded ladies is a turn on for me. Then, reserved and have a unique personal relationship with God. If she has good sense of fashion and humour, then she is good to go. Tankio

Are you currently in a relationship?
You know am a workaholic and workaholics like us, we no dey too pursue women, na them dey rush us and most ladies don't really like workaholics because they feel we ain't romantic. Lolz.

What do you have to say to young people who really want to make it?
I always tell my fellow young Entrepreneurs. Life has four steps. These four steps must be followed accordingly or you are bound to have problems. The four steps are as follows
⏳ Education
⏳ Career
⏳  Love
⏳ Marriage
Don’t skip any step.
Having said that, be given to hard work, but while you work hard also pray. The easiest way to pray is by engaging in kingdom services. Use your talent in advancement of the church of God. And then be kind to all around you, you don't know where cometh your helper. Be given to learning. Never stop learning. You stop earning the day you stop learning.

Where do you see yourself and your brand next year?
By projection, Brytography TV kicks up next year. Like I said earlier, Brytography TV is still an idea. So by, God's grace, next year, I must have finished with the youth service and the brand registration with the Corporate Affairs Commission, then work starts in full.

Thank you so much for this Bright, we are really grateful. Under 30 Entrepreneurs comes up again next week Monday and our Graphics wizard Gift Igwe will give us some career and life tips. Till then, let this interview inspire you.