Acrimony: Who Is To Blame?

Chidinma thinks it's the guy's fault, but I think... 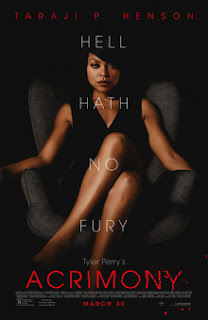 Hi guys, how have you all been? Who is having the kind of chilly weekend I'm having? If you aren't watch Acrimony and join the conversation.

You know how you hear about a movie and you are giddy with excitement, but you are not really ready for it. That's how it was with Black Panther and with Acrimony. Okay, after many days of finally getting the movie, i decided to watch it a month abi two months ago.

When I sent the movie to Chidinma, she watched it and wouldn't stop talking about it. According to her, the guy is at fault because he is ungrateful. Snr Zozo thinks the guy is at fault to. She even turned to a motivational speaker and relationship counselor after watching it dishing out series of relationship tips. She warns ladies not to be so in love that you lose yourself in the process. She went further to say that we should make sure that whoever's back you have should have yours too.

For me, I really don't know. I'm supposed to be a critic, but words fail me on this one. She gave her all, she gave everything. She even had ruptured ovaries because of the guy. He makes it and decides that I will not be involved? Okay, I know they are divorced and she initiated the divorce, but...

If you have watched the movie, we need you now. What do you think? Leave a comment.