"Proud Mary" And The Cult Of Powerful Women

Babak Najafi’s “Proud Mary” brings to the surface the deep yearning of women – irrespective of colour and age – to achieve freedom on all fronts. 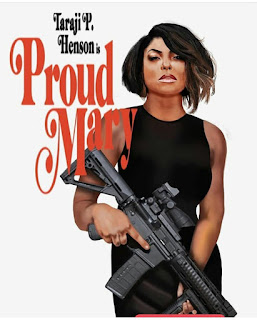 The movie does this with the employment of a female leading character (Taraji P. Henson). Henson plays the role of Mary, an assassin who works for a Boston based deadly group. Her life is greatly altered when she encounters a boy when an operation goes awry.

The freedom meant here is appropriately defined as the ability to be the sole governor of your life. That is, you do whatever you wish to do at any point in time. This freedom is invariably captured as power; power to live your dreams; power to protect yourself; power to say no to all forms of societal oppression.

And this power is unbelievably placed in the hands of an African American woman – Mary – played by Taraji Henson, the star of the movie series “Empire.” This is a critical declaration of independence for black women all around the world and especially in the land where black women suffered for ages before they were even allowed to vote. Most movies from Hollywood often place women, particularly, women of colour in disadvantageous corners of the society. African American women in many Hollywood movies are the hard working single mothers whose husbands are good for nothing assholes; they are the working class slaves; they are the sex objects, the mannequins and many other despicable stereotypes you can imagine. But in “Proud Mary,” the reins are given to Henson, a striking symbol of all black women gunning for the control, the independence in power. Her storehouse of weapons, her black leather attire, her Maserati car all speak to the desire to break free from identity-and-life-threatening dangers. The movie appears to be making strong assertions about the sense in arming up the women since they and their children are considered the most vulnerable of any society.

2017 blessed Hollywood with strong female lead characters in “Wonder Woman,” “Beauty and the Beast, and “Star Wars: The Last Jedi.” None of these movies was a box office flop. 2018 has a good string of iron female characters at the front burner of actions. These movies will be released throughout the year. Some of them include “Proud Mary,” “Fifty Shades Freed,” “Annihilation,” “Red Sparrow”  “A wrinkle in Time,” “Tomb Raider” etc. In spite of the power invested in women in these movies, more than 90% the powerful women are “white.” This leaves “Proud Mary” in an enviable and case-making position in the comity of these movies.

Also starring in “Proud Mary” are Neal McDonough, Margaret Avery, Danny Glover, Billy Brown, and Xander Berkeley. You are sure to have a swell time seeing this movie when it’s out on the 19th of February 2018.
Author
Omidire, Idowu Joshua is an astute movie critic and a lover of the arts. Reach him via noblelifeliver@gmail.com