I Never Knew He Was Married 3

Had an encounter with a married man recently and thought to share. 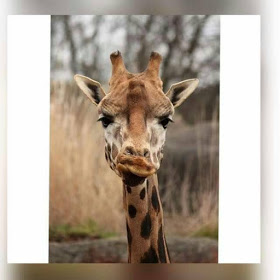 I and my family moved to a new estate (OPIC estate) in Ogun state located just immediately after Berger.
On the 31st of December, 2017, I attended Christ Embassy in the estate because my church (Dominion City) isn't in the estate.

After the service, I was welcomed as a first-timer and given some forms to fill and I headed home. On my way, a car stopped by me and the guy introduced himself as Dayo. He said he attends the church and saw me when I stood up as a first-timer and he would love to keep seeing me in service.

I was delighted because at least i get to have a friend in the area and so we exchanged numbers and I continued my walk home.
He called me on the 1st of January,2018 to wish me a Happy New Year and we got talking. He asked if I work and I told him I was a 400 level pharmacy student in UNN. We began gisting about movies and he suggested we hung out the next day. I agreed because at this point I had gotten quite comfortable with him.

He then told me he liked my voice, the way I carried myself and he wanted to know me more. He then asked my age. For a second, it felt weird. Why would he be asking my age on a first conversation? Well... I answered and told him I was 20 and he said that I was quite young. I just laughed it off.

We began gisting again about random stuff and he mentioned that he stayed in Enugu for a while and left sometime in 1981. Ahhh! 1981 ke? I had to ask him at what age he left and he said at the age of 7. Precious God! So how old was he? I had to ask and he told me he was 44. Wonders shall never end. I was surprised because truthfully, when we met he looked like he was in his early 30's.

He knew I was surprised. So I had to ask if he was married and he said YES. That one off me. And not just married but married with three kids, the first a girl is 13 and in secondary school, the second a boy is 10 and the last a boy too is 8.
He said they travelled to spend Christmas.

I was so angry and irritated at the same time. I told him that I was glad I knew he was married and he was like "Does that stop me from liking you and asking you out". I bluntly told him yes that I would not in my wildest dreams have anything to do with him or any other married man.

I just thank God that it didn't go far before I found out that he was married with kids.

Please wives pray for your husbands especially about his deeds. I also recommend every wife to see the movie 'War Room'